What is Metaverse and its applications?

Metaverse is our world, but of course, it’s a virtual object with some decoration. It can accurately reproduce the physical world, or it can be a virtual world with features different from reality. It is the fusion of two ideas that have existed for many years: virtual reality and digital second life In theory, we will spend a lot of time interacting with friends and colleagues in a virtual space. As a result, they will spend money on costumes and objects for digital avatars. In this article, we will explain What is Metaverse and its applications?

Example of Metaverse and its application

Like any other place of reality, Street is also the subject of development. Developers can create their little street derived from the main street. In addition to buildings, parks, and signboards, we can create things that do not exist in “reality”, such as huge light shows that spread over the head, special areas that ignore the law of three-dimensional space-time, and free combat zones for killing.

Does Metaverse already exist in the game?

To some extent, there is Metaverse in the game. But importantly, it’s rudimentary. Some social elements of Metaverse can already be found in video games. Think of Fortnite, an online shooter that plays on computers, gaming consoles and mobile devices. The average Fortnite player has spent hundreds of hours using his avatar to fight and interact with other avatars. In addition, the player acquires virtual currency to unlock costumes and other goodies to customize their avatar.

The pioneer of Metaverse can also be found in the online social platform “Second Life” developed by Linden Lab nearly 20 years ago. Users could shop and build property in this virtual space to enrich their virtual life.

Why does Metaverse include holograms?

When the Internet first came on, it began with a series of technological innovations, such as enabling computers to communicate at a distance or to hyperlink from one web page to another. These technical features were building blocks used to create an abstract structure for us to know the Internet: websites, applications, social networks, and everything that depends on these core elements. And while not strictly part of the Internet – displays, keyboards, mice and touch screens – it’s no surprise that they’re packed with the innovative technology of the interface you need to make the Internet work.

What are some of the problems Metaverse faces?

Meta has addressed the issue of improper behavior on Metaverse. According to the BBC, some metaverse users have been harassed, and one woman compares her trauma to sexual abuse. Meta Company developed a new feature to prevent avatars from approaching within a set distance in response.

There is also a problem of interoperability: the operation of different offerings. Some developers say that for Metaverse to work, it needs to form an industry standard similar to that formed around HTML, an open “markup language” used since the 1990s to configure websites.

What are Metaverse’s applications and visions of the future?

Metaverse and its applications

According to Zuckerberg, Metaverse is more than VR and will transform business, work and networks by the end of the decade. Many companies are moving to Metabas, just as companies have begun to move to cyberspace and social media. Virtual reality is a step up, and companies are preparing to play a part in it.

If companies continue to provide their customers with a great experience, Metaverse is a safe bet. With Metaverse, companies can engage with prospects, explore new opportunities, and incorporate the latest technology.

Some companies also use Metaverse to create digital twins for their businesses and products. A digital twin is a physical object’s replica or “twin”.  The advantage of creating Digital Twin is that you can run tests and scenarios on Digital Twin without affecting the physical originals. Metabass is a great place to store Digital Twin, and as Huang said, it can brainstorm collaboration and potential scenarios without wasting physical space or material.

According to NVIDIA, Omniverse is an open, easily extensible platform built for virtual collaboration and real-time, physically accurate simulation. Enables designers, researchers, and creators to collaborate and sell virtual spaces. NVIDIA will launch a beta version of Omniverse in December 2021.

Metabass is a great opportunity for companies to promote their products. The virtual world will have space to advertise products and services like the physical world. There will also be virtual concerts and events that companies can sponsor to raise their profile.

Metaverse is a space that simulates everything in the real world. Users can create their avatars to determine the clothing and appearance of the avatars. Metabarth spaces are usually similar to physical locations so that they can be more connected, and companies can use them to sell “digital” products, starting from clothing to software applications. As mentioned above, companies like Nike are preparing to launch digital products. Companies entering Metaverse can open stores to expand their market share.

Metaverse has the potential to solve all the existing challenges of remote work. Managers can effectively communicate by reading employee gestures and face-to-face interaction. In addition, employers can solve problems such as productivity time thieves and workplace bankruptcies by understanding team productivity through a unique avatar.

Metabarth is a great benefit for health care practitioners and staff who have not been able to visit patients due to geographical constraints. In the virtual world of Metaverse, you can interact with patients and gain a clear understanding of their health.

Many of today’s metaverse games are distributed economic models in which developers and publishers own in-game asset ownership and distribution rights. On the other hand, the idea that avatars can explore vast virtual spaces is exciting for players.

The provision of a virtual tour

Travel is an adventure, but no one can travel the world. That’s where Metaverse comes in handy. You will virtually visit places you cannot physically go to. By utilizing the combined strengths of Metaverse, AR and VR, an advanced virtual world that provides first-person experiences are being developed.

Advanced Use Case of Blockchain

Blockchain and distributed technologies are essential for the mass adoption of Metaverse in major industries. Blockchain is the leading technology to drive cryptocurrencies such as Bitcoin, Isa, and Dogecoin. So, Blockchain is not just about complementing and maintaining cryptos. It functions as a distributed ledger to record peer-to-peer transactions and support the creation of non-soluble tokens (NFTs) and digital assets called dApps.

The covid 19 epidemic has forced companies worldwide to adopt digital communications. For this reason, video conferencing platforms are widely useful for remote work, online teaching, and other telecommuting arrangements. However, video conferencing can’t provide an engaging experience because it’s just a real-time voice and video interaction.

In conclusion, the future of the Internet will be imagined based on the potential and new opportunities presented by various applications in Metaverse. Sensor tower data shows that for all global apps ranked in App Store and Google Play, a total of 86 apps added “metaverse” mentions to their titles or descriptions between November 2021 and January 2022. Although, we hope that everything is clear now about Metaverse and its applications.

Read also, What is Marshall Aerospace and Defence Group? 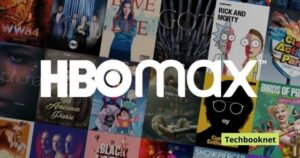 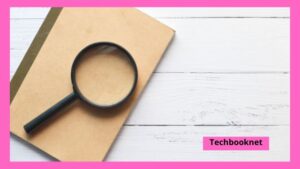